A complete beginner’s FAQ on 4K technology and UHD TVs 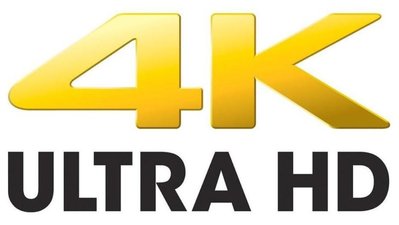 Amidst all the complex discussion about the latest 4K TVs, their detailed specs and the almost constantly shifting new technologies that revolve around these awesome pieces of home theater technology, it’s sometimes easy to forget the fact that many readers visit our site while still unfamiliar with some of the more fundamental points that are important to know for anyone who wants to buy a 4K UHD TV.

Of course, we have our numerous topic-specific guides on 4K TV types, TV refresh rates, high dynamic range, 4K TV color and other key areas of these technologies but to simplify things even further in a brief form, here is our listing of some essential Q&A about 4K ultra HD TVs and what you should keep in mind when buying a new UHD TV.

We also highly recommend that you check out our new and extremely comprehensive ebook guide to buying a 4K TV, It covers all of the crucial details that you’ll need to know so you can make the best possible buying decision for your home no matter what kind of budget you’re working with. As a bonus, the ebook guide gives you a chance to email me directly for detailed answers to any TV related questions you might have.

Now, onto the Q&A

1. What does “4K” mean, what does “Ultra HD” mean, and what are the differences between the two?

Quite simply 4K is used to refer to a resolution which amounts to about four times the pixel count of Full HD resolution. Full HD is measured at 1920 x 1080 pixels and for most consumer purposes, 4K UHD resolution is set at 3840 x 2160 pixels, which is roughly 4 times as many pixels as FHD (Full HD). They’re also colloquially called 2160p and 1080p resolutions respectively. There is also a less common 4K resolution called DCI 4K, rarely found in 4K TVs but common in 4K home theater projectors and some 4K video cameras. This is set at 4096 x 2160 pixels and offers roughly half a million pixels more than 4K UHD.

As for ultra HD, it has a more flexible meaning. Right now it’s practically synonymous with 4K UHD TV displays and other 4K consumer products but when other resolutions like 6Kand 8K become more common, they could also be called ultra HD. 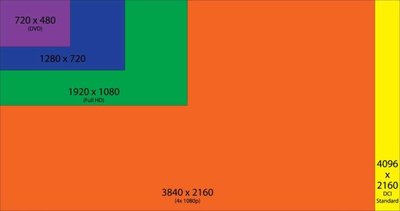 2. Why are 4K screens/displays preferred over 1080P – what are the advantages and why is this technology worth it? How does this ultra-high definition technology change the user experience for the better on various devices (TVs, computer monitors, phones and cameras)?

4K resolution isn’t actually easy to distinguish from normal FHD on smaller display devices of less than 45 inches across (diagonally) unless you get really close up to the screen but aside from this 4K definitely brings with it a much better level of sharpness on all larger screens and even on smaller screens, the sharpness and smoothness of digital video looks far superior when viewed close up. Aside from these obvious benefits, 4K display devices come with the best peripheral display technologies these days and 4K recording devices are obviously better because their 2160p video output is more future-proof for being displayed on larger screens (which are becoming more popular among consumers). 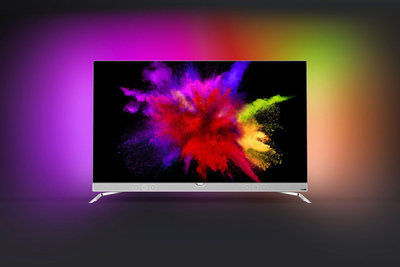 3. What are the current 4K screen technologies available to consumers (e.g., HDR, OLED, AMOLED, Quantum Dot [QD], UHD, etc.)? Please describe the differences between these technologies mentioned and list any others that I failed to mention.

The most important 4K display technologies (mainly for 4K TVs) currently available are HDR and OLED. Quantum Dots and other brand-specific technologies mostly revolve around enhancing 4K resolution or HDR in any case. OLED is its own distinct display technology for display design and it is also found in non-4K screens. 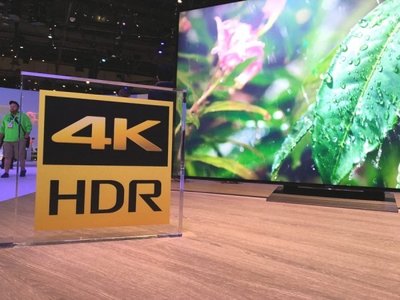 To break this down a bit further:

HDR means high dynamic range and it is a new process for expanding the range of colors, contrast peak brightness, and black levels in a piece of content or a digital display screen. HDR in TVs is currently only found in 4K models and it greatly enhances picture quality and realism, However for a TV to display content in HDR, the content itself also has to be formatted and mastered during production for HDR brightness, color, contrast and dark tones.

OLED is an entirely different and (in our view) far superior display technology to LCD/LED TV screens. It’s found in 4K and Full HD TVs and the difference between LCD and OLED is simply this: LCD/LED TVs offer an array of LEDs along the whole display or edges of a panel behind their LCD display panel. Those LEDs turn on and off as needed for areas of brightness or darkness in content, but the specific zones aren’t always precise in how they illuminate or darken. In OLED TVs, there is no back panel of LEDs. Instead the actual pixels on the display itself crate their own light individually and this can be precisely controlled on the level of each individual pixel. This means much better control of local dimming (making specific parts of the Display darker or brighter for content as needed) and much thinner display design. 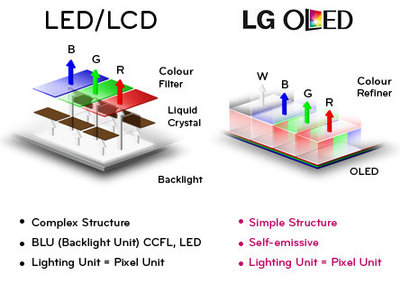 Quantum Dots are a sort of accessory color technology which consists of thin films made of differently sized nano particles between a TV’s LEDs and the LCD panel. As light from the LEDs hits the different layers of film, it polarizes the nanoparticles in each to create different colors. As a result, the overall color saturation of the TV display becomes richer.

4. What important criteria should consumers look for when they are shopping for a 4K display/screen, especially a 4K television? What should consumers consider carefully before purchasing a 4K/ultra HD TV/display? What do the best 4K TVs/displays include when it comes to specs, and why are these features worth the money?

All modern 4K TVs pretty much offer the same connectivity specs and core 4K content viewing technologies like HDCP 2.2 and H.265 (the first is used to protect 4K content from piracy and a TV must have it to view consumer UHD content sources and the second is the compression technology for making 4K video easier to transmit over the internet or connectivity cables). So display is where things can vary a lot among different TVs. The smart TV platforms on all 4K TVs are also similar enough to each other to not be THAT important as a reason for picking one brand over another. And all models from any one brand will offer the same content upscaling engine (for non 4K content and the same smart TV platform in both their best and worst 4K TVs. So none of these are massive factors for choosing which TV to go for.

Instead, all potential TV buyers should really pay attention to display performance. The best 4K TVs will have deep rich black levels, high contrast, wide color gamut (HDR color) 10-bit color saturation and best of all, should have HDR display if possible. A 4K TV with these specs covered will perform much better than one which fails at black level, color or contrast. 4K TVs should also offer good performance at making content move across the screen smoothly and with minimal blur (motion handling). 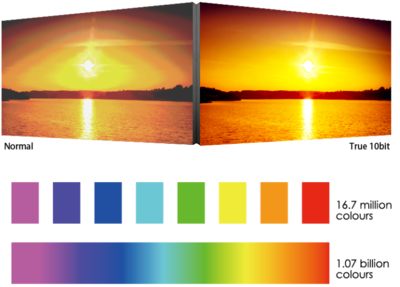 4K resolution is appearing in nearly everything digital these days! It’s now found in all higher quality PC monitors, consumer projectors, cameras, camcorders and gaming consoles. It will also soon be much more common in smartphone and tablet displays and is already found as a recording spec in all of the best smartphone cameras as well.

6. Where can consumers currently get/watch 4K content (e.g., streaming sites, 4K UHD Blu-ray players, etc.)? Why isn’t broadcast TV in 4K yet, and when is this coming?

The best and most easily accessible sources of 4K content for anyone anywhere in the world are 4K UHD Blu-ray discs. You’ll need a 4K Blu-ray player to play them but if you get one, you can watch any of the dozens of 4K movies now coming to Blu-ray on your 4K TV even if you have no other source of 4K content or the right internet connectivity to access streaming media apps. After 4K Blu-ray, the most easily accessible content in 4K is the stuff available from streaming internet services like Vudu, Amazon Prime, Netflix, YouTube, Hulu and others and apps for all of these are found on most 4K TVs right out of the box. However you’ll needs at least 20Mbps of connectivity to your home in order to stream 4K video from said apps. 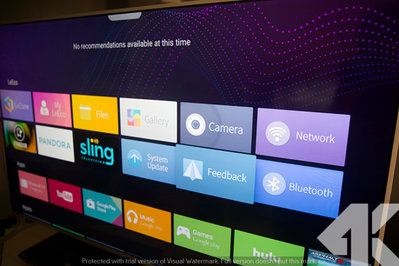 Some broadcast/satellite operators like Dish and Comcast are now offering live satellite feeds of sports and other programming in some parts of the U.S through their own DVR devices.

7. Technology seems to change so fast – what will be the next advancement after 4K (8K?), and when do you expect this technology to arrive and garner significant interest from consumers?

I think that 4K is already garnering some serious interest from consumers. It’s in fact becoming seriously mainstream and nearly half the new TVs sold in the U.S in 2016 will be 4K UHD models according to the latest consumer research findings. 4K content still needs lots more development but these TVs also upscale non 4K content to display on their screens much better than it would in a non-4K TV so consumers can still get lots of benefit from them even if they’re not using their new TV to watch native 4K video sources. 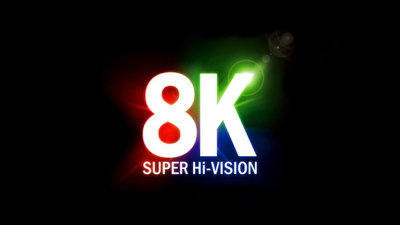 As for the next major developments. I think that 8K is still at least a couple years away and a lot of problems with transmitting that much video data first need to be fixes before we really see 8K TVs and content appear anywhere in a real way. Instead, the biggest developments to come in the next year and 2018 will be with much bigger enhancements to HDR technology, with TVs coming out with much better color delivery, much higher display brightness capacity and better black performance. All of these things will combine to create picture realism like nothing human beings have ever seen before in a digital screen.

A couple key buying tips for getting your first 4K TV:

Most importantly of all, buy the TV with the biggest display you can reasonably afford. 4K resolution and HDR both look much better on larger screens.

Pay attention to the real display specs of your 4K TV, the smart platform and other “features” like “Motionflow” “AutoMotion Plus” and “HDR1000” are mostly unimportant or completely dishonest in conveying actual display performance.

Don’t buy a 4K TV that’s from before early 2015. Many older models are no longer up to the current standards for viewing the best 4K content sources.

There are many excellent 4K TVs with HDR even sold now for less than $1000. So buying one doesn’t have to be a budget breaking event.